Another massively challenging week has ended, and I am glad. It was really getting to me. BIG time.

On Thursday, I published my second novel. Getting this one out the door was, for reasons I cannot explain, harder than the first one. But it's done. Sorta. the Kindle version is up, and the paperback will follow in a week or so. So, let me tell you about LINGUA GALACTICA

This is science fiction. It was written because Ziggy dared me to write a book better than the one he had just read.  The story was not bad, but the writing was terrible. Ten days later, I handed him a manuscript. Later that night...or more like the next morning, I woke up because the bed was cold. Figuring he fell asleep on the couch, I went in search of the bed-warmer and found him sitting at the kitchen table, like 5 empty Coke cans in a row, and an overflowing ashtray. He looked up from about three-quarters of the way through the stack of pages, and said, 'I hate your guts."

I just smiled and clapped, "Hey! He likes it!" and trotted back to bed.

For years we had another name for the book...which I won't mention here...but after we worked on an initial set of edits, mostly technology stuff, I set the book aside because it was, after all, kinda a gag gift. I never had any intention of publishing it. But sometimes stuff happens even when you don't pay attention. See, a friend had asked to read it on ZIggy's recommendation, so I sent a PDF. and without my knowledge, that PDF got passed around. 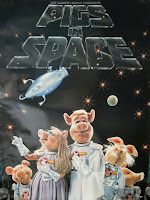 After DREAM DANCER came out, a few people took me aside to encourage me to prep JEWS IN SPACE....okay, that's what we called it, only when we said it, we said it like the announcer on the MUPPET SHOW....happy now? Anyway, I never intended for that one to see the light of day, but it turned out it already had a following. Seriously. For a book no one was supposed to read, all these people are telling me they read it and it has to be next. Honestly, I was amazed. So I picked it up, got some people I actually trusted to read it, and with some excellent input and advice, began the slog of editing and rewriting the damn thing.

A couple of interesting things happened along the way. First, We, the People elected a moron to be our Feckless Leader. And in the landslide of garbage that came down the pike with him, "Me, Too" happened. Second, my ambivalence toward the protagonist dissipated with the re-writes and I found I liked her a whole lot better.

For good or for bad, I had to closely examine the relationship between two of my characters for any specter of inappropriate behavior. That scared the shit outta me. It was like editing for censors. Two people whom I had come to admire and respect suddenly were under a microscope the likes of which I never imagined. I had to make absolutely certain there was no hint of victimization or intimidation between them. I hated searching through an incipient romance with the eye of this new, unhappy lens. 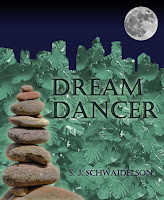 And that made me go back to DREAM DANCER and read it for the first time in over a year. Yes, the relationship between those two characters is commenced through the lens of what would be acceptable in his society, and how that does not translate outside his world. And it is addressed in the book, too. Quite directly. But is it enough for some people? The rules of that game have changed since the late 80s when the story takes place. One has to recognize that some behaviors were acceptable in some time periods and people acted accordingly. I really dislike anachronisms. Denying history is revisionist. You can't pretend stuff didn't happen. We read stories about other periods and we expect them to be, if not completely historically accurate, at least honest about societal norms. Ignoring how things were does no one any good.

Remember what I said last week about artistic expression? This reminds me of what my cousins told me about artists in the Soviet Union and how they could only produce works that were acceptable to the Party. Is this the direction we are headed? I don't know. But I know as I start editing work on the next book, I'm already considering "Me, Too," revisions.  And, as a writer, this is uncomfortable. Alexander Solzhenitsyn said,


You can resolve to live your life with integrity. Let your credo be this: Let the lie come into the world, let it even triumph. But not through me.


Meanwhile, DREAM DANCER and LINGUA GALACTICA are already out there for your reading enjoyment. The protagonists of the two books could not be more different: one is an anthropologist trained to observe, the other is a fleet officer trained in communications and defense. Each has a unique approach to problem-solving. Only one of them I would want to meet in a dark alley. Please read....and please review on Amazon. Love it, hate it, it sucks, whatever. If you don't tell me, I don't know. And anyone who know me knows I hate not knowing.

Wishing everyone a happy, healthy, and peaceful New Year! May 2018 bring only good things.


Wifely Person's Tip o'the Week
The midterm elections are coming. Time to get busy.
Posted by The Wifely Person at 10:59 PM 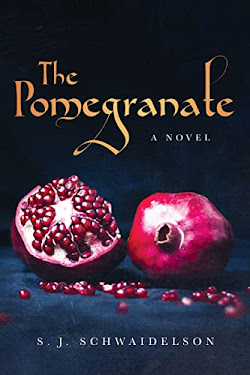