How Deep the Morass?

I was wandering around the Milwaukee Art Museum with the senior son the other day, and came across an interesting video installation with a "R" rating posted outside...for mature audiences. It's by Bruce Conner, 1965/2006, and is called Eve-Ray-Forever. It's installed seemingly all over the place, including the Whitney Museum in New York.

Like any good art, it got me thinking. Some of it is very violent, some of it borders on pornographic, but it is all meant to shock. But it was the juxtaposition of female nudity...no male nudity that I noticed...and the violence which immediately make me think "Me, too." Not meaning me as in myself, but the whole objectification-of-women piece about which we are finally hearing so much.

And that's where it all gets murky for me.

If art glorifies the human body and shows it in a variety of states, does that instantaneously render those pictures to be now something other than art? And what, exactly, is the definition of art?

Is the creation of a statue that is meant to be symbolic of fertility now to be deemed unacceptable? Does Botticelli's rendering of Venus arising from the scene become obscene because there is a nude woman in the picture? Or does the time and place of creation enter into the discussion about how this can be discussed? And what do we tell our granddaughters about these depictions? Aren't they all objectification of women?

I can hardly see deep south US not getting upset about a picture showing where Mary pops out a tit for her kid. This is shameful behavior. And last year, New Hampshire's GOP state senate guy Josh Moore said,

"Who doesn’t support a mother’s right to feed? Don’t give me the liberal talking points, Amanda. If it’s a woman’s natural inclination to pull her nipple out in public and you support that, then you should have no problem with a man’s inclination to stare at it and grab it. After all .. it’s ALL relative and natural, right?"

Really? If you are nursing in public, it's an invitation to grope? Whoa! 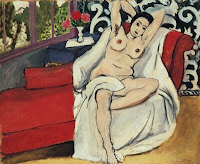 What about these? Picasso on the left and Matisse on the right. Anyone want to talk about objectification here? Georges Braque, André Derain, Picasso, Czobel, Othon Friesz, Herbin, Metzinger and Matisse's foray into Cubism were not without controversy. The Cubists all got slammed by boards and even the public. They were called shocking and obscene. Is there a proper to confront the paintings, drawings and sculptures so that they remain in the canon of art, or must be they excised?

If you want to change the culture, change the conversation, or even change the expectations for women in tandem with the behavior of me, can you keep some of this stuff or does the baby go out with the bathwater? And speaking of babies....what about this? What message do we send young girls who see this stuff on TV and think it's real? Yes, that's JonBenét Ramsey.We don't know who killed her or why. There are lots of theories. But the one I cannot shake is the one about how are males supposed to address her; as a child, as a proto-woman, as a painted object? I don't know. In the end, did that matter in her murder? Has anything changed in the last 21 years? Not really. Hell, we even had reality shows about little girls dressing up as whatever: TODDLERS AND TIARAS.


But then there's art. How do you give up Bottecelli and Rubens, Houdon or even Picasso? Is there a line we should be drawing in the alabaster to say  anything before this date is okay. Anything after this date is not so okay?

Art may be universal, but criticism is not. What is beautiful, stately, and elegant can be someone else's butt ugly and inappropriate. There is no accounting for taste. And isn't that what it really is? A matter of taste?

The "Me, Too," movement is already descending to a pathetic punchline. I don't want that to happen. I want the "Me, Too " movement to be at the head of a conversation that makes the new awareness the usable, functional, and practical. It's all well and good to say this is about sexual abuse, misconduct, assault, and objectification, but without a time-frame of parameter for judgment, what we become like Madame Defarge endlessly knitting while waiting for the guillotine to fall. Truth has nothing to do with it.

Is that what we really want?

I don't like Madame Defarge. I don't like knitting. I like art. We, the People have way too much on the table right now to get derailed on this one issue. It's not going to go away any time soon.

The Wifely Person's Tip o'the Week
If you've not been to Kennedy Space Center at Port Canaveral,
Go before the troglodytes dismantle it.
It's just that simple. 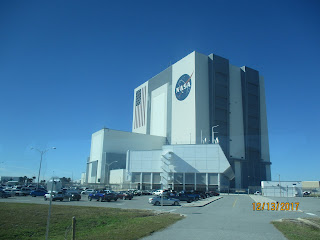